Many studios hire people with NO dance experience, put them in two months of training , and send them to teach you because they run their business based on sales rather than dancing. At Elite Ballroom, we employ  accomplished dancers who have won numerous awards in the US  and worldwide and are actively competing at the highest level.

Our  instructors focus on teaching you how to dance and reach your goals – with NO sales pressure! Our students are the best proof of the high quality  instruction you’ll experience.

Champion dancers Robertas Maleckis and Inga Sirkaite both were born in Kaunas, Lithuania and started dancing at the age of seven at the local ballroom dance studio in their home town. They have known each other since their early days of competitions and have been dancing together since.

Although they had good teachers in Lithuania, Robertas and Inga wanted to expand their horizons, so in 1995 they began to travel and seek training from some of the world’s best teachers in London, England. As a result, they  became Lithuanian National Champions and achieved excellent results worldwide.

In 2001 Robertas and Inga turned professional and decided to put even more focus on their dancing, so they moved to London, where they spent almost two years. This helped them excel at their first competition as professionals and make it to the grand finals in the Rising Star Professional Latin Division at the most prestigious competition in the World: the BRITISH OPEN in Blackpool, England. They were the first couple in the history of Lithuania to achieve such a high result in Latin dances.

Their dream was to own a dance studio and they could see it happening in the US. At the end of 2002 they moved to Durham, NC, and started as employees at a local studio. In 2005 they started to manage the DANCE PLUS studio.

In 2002, less than two years since they began competing professionally , Robertas and Inga were
ranked 8th in the world in Latin dances according to the World Ranking List completed by the
World Dance and Dancesport Council, an international professional association. 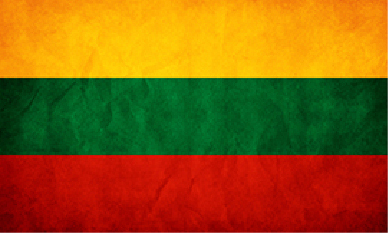 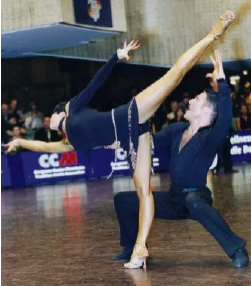 A Gift that Lasts a lifetime!

Give the gift of dance